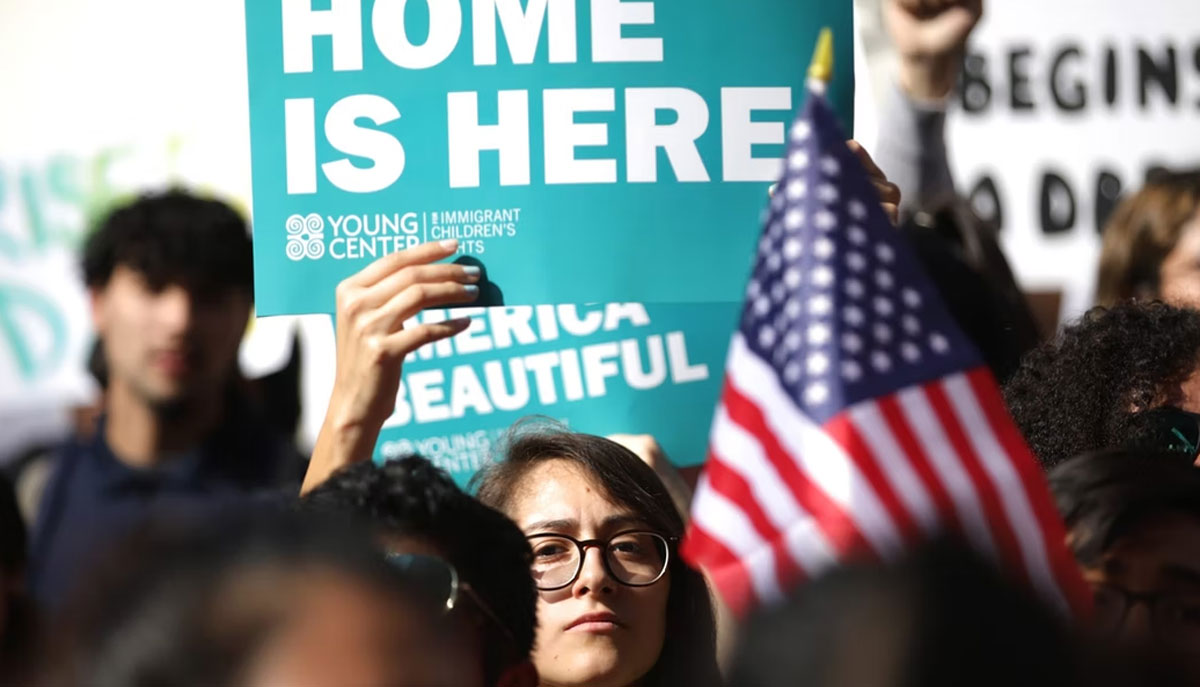 The Deferred Action for Childhood Arrivals (DACA) program, which was implemented during the Obama administration, protects roughly 700,000 unauthorized immigrants from deportation. These people were brought to America illegally as children and have lived here their entire lives. After Congress failed to pass the DREAM Act in 2012, President Obama established DACA as a “temporary stopgap measure that allows us to focus our resources wisely while providing a measure of relief and hope to talented, driven, patriotic young people”. However, Congress never approved a viable DACA replacement, and the Trump Administration is doing everything it can to end the program.

The Trump Administration vs. DACA

President Trump campaigned on limiting legal immigration, deporting undocumented immigrants, and building a wall along the entire US-Mexico border. Neither Mexico nor Congress, on the other hand, is willing to fund Trump’s $5.7 billion border wall. In reaction, President Trump began the worst government shutdown in US history, delaying hundreds of non-detainee immigration cases for months or even years.

On January 19, 2019, President Trump promised to end the government shutdown and endorse a three-year DACA and TPS extension. Of course, Democrats have to agree to fund his border wall in order for the “humanitarian and national security” crisis at the border to be resolved. This loaded approach of reconciliation was quickly rejected by Democratic leaders. “It was the president who alone took away DACA and TPS protections in the first place,” Senate Minority Leader Chuck Schumer said in reaction to the President’s speech. Offering some safeguards in exchange for the wall is more hostage kidnapping than a compromise.”

President Trump made the mistake of expecting the Supreme Court to rule on DACA and his border wall to resolve the government shutdown. To his disappointment, the court did nothing about the situation, effectively allowing the program to continue, albeit temporarily. According to Lydia Wheeler of The Hill, Sam Erman, an associate professor at the University of California Gould School of Law, “the longer the justices leave an issue hanging out there, the more likely they are to want to wait until the next term to weigh in…there are good reasons to want to wait on DACA.” The justices are expected to make a final decision on DACA in 2020.

“Multiple district judges judged the administration’s 2017 plan to wind down the program to be either unlawful or likely unlawful and ordered it to be preserved,” Lydia Wheeler writes in her piece “Supreme Court Takes No Action on DACA.” Noel Francisco, the Solicitor General, has requested the Supreme Court to rule on whether the rescission is legal or not. Francisco’s request, on the other hand, was unusual in that it asked the justices to consider the case before the regional appeals courts had weighed in…He also argued that the ongoing litigation and resulting uncertainty would continue to obstruct efforts to enact legislation to address the legitimate policy concerns underlying the DACA policy.”

The 2nd and 4th Circuits are still hearing appeals. Unfortunately, the partisan squabbles between Republicans and Democrats have left DACA recipients with no clear road forward. Existing program participants can seek for renewal, but the administration may reject new applications.

Contact the San Diego immigration attorneys at Jacobs & Schlesinger LLP if you have any questions regarding your legal rights as an undocumented immigrant or DACA beneficiary. We’ve dedicated our careers to assisting people with the various problems that come with this complex legal procedure. Our attorneys have a thorough understanding of federal immigration laws and regulations. When your future is on the line, you need an attorney who can walk you through every step of the legal process.