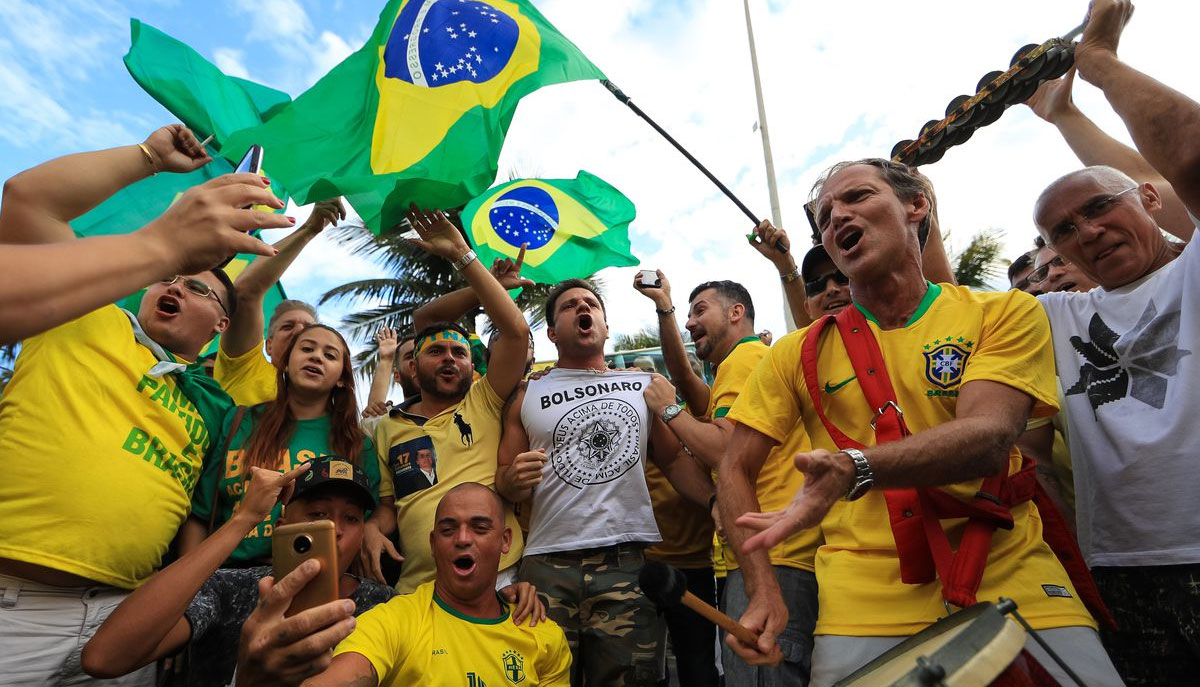 Far-right candidate Jair Bolsonaro won the Brazilian presidential election with 55.2 percent of the vote, compared to 44.8 percent for Left-Wing Workers’ Party candidate Fernando Haddad. While his commitment to fight corruption and crime, which have plagued Brazil for decades, has won him widespread popularity, his insulting remarks about women, black people, and the LGBTQ community have been contrasted to those made by the current U.S. president. Bolsonaro’s popularity has given him the moniker “Trump of the Tropics”.

According to a 2015 allegation by TV Globo in Brazil, he once told a colleague politician that woman was too ugly to be a rape victim. He’s also said he’d rather his son be killed in an accident than be a “gay”, and he’s called descendants of Afro-Brazilian slaves “lazy”.

According to academic and press sources, Bolsonaro’s insulting and bigoted rhetoric has resulted in an alarming rise in reports of physical or verbal assault by Bolsonaro followers (source).

A trans woman was slain several days before the election, according to one story in The Guardian. “Faggots must die!” shouted one witness, as well as the name of the freshly elected president when the trans woman was being stabbed.

Despite the fact that violence against the LGBT community has been a major concern in Brazil for many years, Bolsonaro’s election could lead to even more horrific and/or regular attacks. Such hatred and violence continue to be directed at the LGBTQ community, particularly trans people. Bolsonaro has also supported the use of torture by the Brazilian government. Following this dramatic shift in Brazil’s political atmosphere, many people from oppressed groups are wondering if they can seek asylum in the United States.

If a person has a credible fear of future persecution because of their ethnicity, religion, political position, or membership in a social group, they may be eligible for asylum (i.e. LGBTQ community). Persecution can include a considerable loss of life or liberty, serious bodily harm or torture, long-term confinement in a jail or prison, or the prospect of persecution or death.

At Jacobs & Schlesinger LLP, we are committed to helping those who are interested in seeking asylum or other immigration remedies in the United States. Additionally, one of our San Diego immigration lawyers—Attorney Kai Medeiros—is fluent in Portuguese and eager to provide compassionate and experienced assistance in developing tailored strategies to protect members of marginalized social groups from persecution.

For more information, contact us and schedule a consultation today.