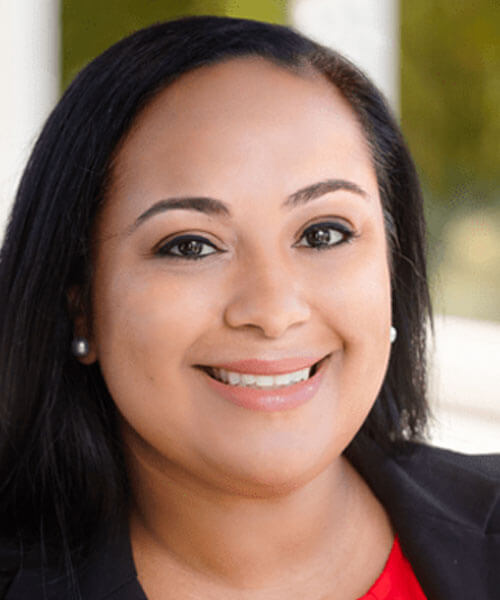 Maria C. Chavez, the daughter of Salvadoran immigrants, received her J.D. Degree from the University of Maryland, Francis King Carey School of Law in 2009, and her B.A. in Criminology and Criminal Justice from the University of Maryland, College Park in 2004, where she graduated with Phi Beta Kappa honors. While in law school, Maria was the vice president of membership of the Immigration Law and Policy Association and interned with the Maryland Department of Labor and Licensing Regulation as a student attorney in the Consumer Protection Clinic.

In addition to her work with Jacobs & Schlesinger, Maria has also served as a volunteer attorney with UURISE, Inc., a non-profit organization providing immigration legal services. She volunteered with the Immigration Justice Project providing guidance for detainees in removal proceedings through orientations and individual case assistance, and has taken on a few cases for pro bono representation. Maria is the Immigration Justice Project’s 2014 Pro Bono Attorney of the Year due to her efforts with the organization. Maria actively volunteers with the San Diego Immigrant Rights Consortium, Community Law Project, American Immigration Lawyer’s Association, Lawyers Club of San Diego, and the San Diego County Bar Association. She frequently gives presentations around the community on various topics in immigration and nationality law.

Maria primarily handles removal defense in immigration court, handling complicated asylum cases for foreign nationals from around the world and applications for cancellation of removal. She also handles family-based cases, petitions under the Violence Against Women Act (VAWA), petitions for U nonimmigrant status under the Victims of Trafficking and Violence Protection Act, requests for humanitarian parole, and stays of removal.